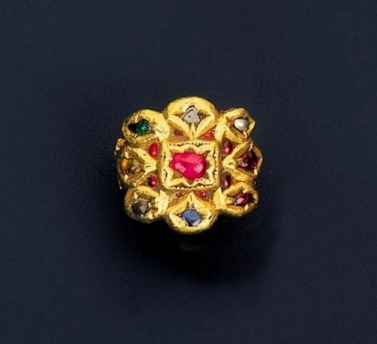 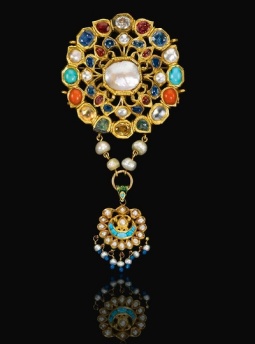 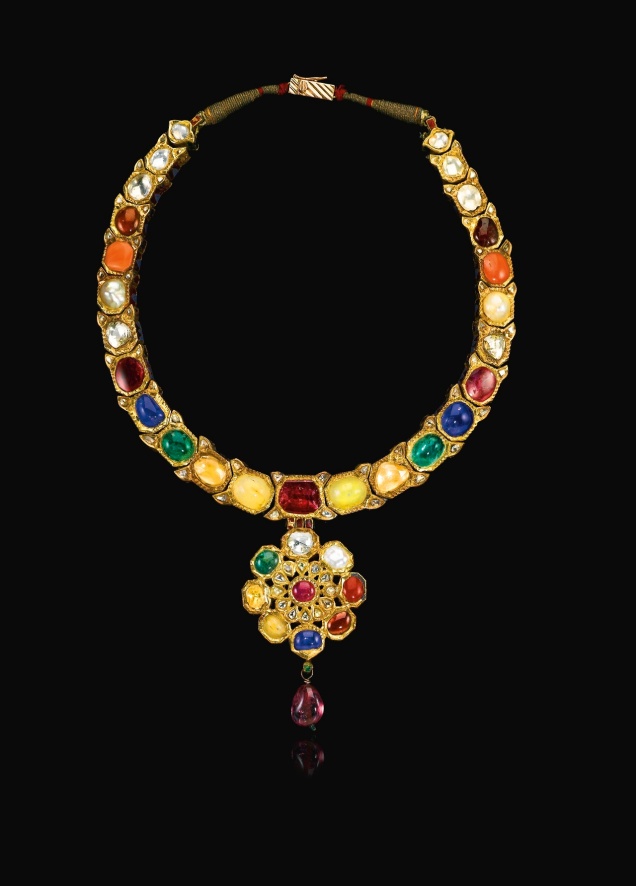 The navaratna (nine gems) consists of the marakata (emerald), vajra (diamond), mukta (pearl), pushyaraga (topaz), manika (ruby), vidruma (coral), vaidurya (cat’s eye), nila (sapphire), and gomedaka (garnet),  Generally this is set in order in a grid as in pic 1 and each stone corresponds to a planet.  Although the stones can be combined in several different ways as in pics 2 and 3 (late 19th cent.). Regardless of arrangement, it is however usually a piece of jewellery worn to protect the wearer from planetary influences.

Sircar states that the concept of the importance of the number of gems* in India originates with the triratna of Buddhists. The practice of using Navratna in jewellery according to him originates in the late medieval period which is when it is recommended for appeasing the planets.

Regardless of whether or not one believes in the astrology, to the best of my knowledge the use of the navratna in jewellery is specific to the subcontinent.

*the term gems can be applied to actual gems as well as ideas or people, e.g. the nine gems of the Gupta court.