Kadhalikka Neramillai (is a 1964 Tamil film. Given that it’s heroines are a pair of wealthy young girls you get plenty of 1960s fashions with a dash of the 1950s. Saris, salwars, slacks and half-saris all make an appearance.

The older girl is Kanchana (played by Kanchana who was a stylish, glamorous star of 1960s Tamil cinema). Some of her saris evoke the changing nature of traditional saris with each decade – an emphasis on the border, a longer blouse sleeve and the like.  E.g. the pale blue sari. While the plain, translucent sari has echoes of the 1950s. She also wears a few salwar-kameez outifts teamed with some extremely diaphanous dupattas – for some reason this movie is a little light on the churidars of the 1960s. I like the neck detail of her purple and mustard kameez in the last but one panel below.  And the odd trouser ensemble with an on trend scarf for the hair. Due to the nature of the role, her love interest Vasu (played by Muthuraman) has a fair bit of Indian clothes on, including a dhoti-kurta (last panel). 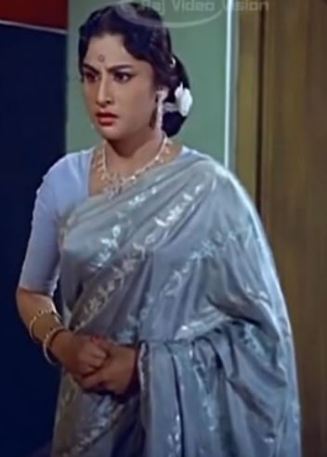 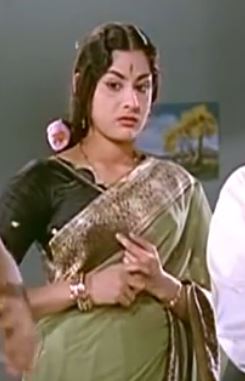 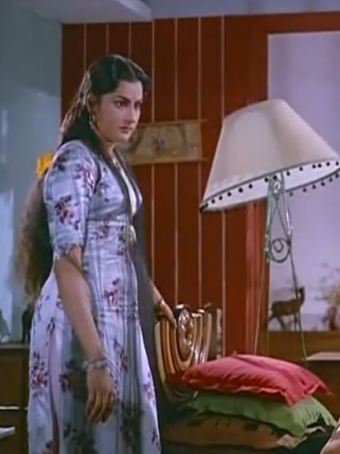 The younger girl, Nirmala (played by Rajasree) is more fashion forward and she has a lot of lovely outfits.  Lots of salwar-kameez, slacks, the half-sari and the odd sari. What looks like a white sari is also a half-sari, albeit in a kind familiar from the 1960s, pale coloured saris with an embroidered border.  The purple horizontal stripe kurta is also very 60s. Though the plait and ribbons, the blouse with a neck border (pic 7) -still channelling the 50s! Her love interest, Ashok (played by Ravichandran), is no slouch in the fashion department himself. Check out the red tee and the shoes! 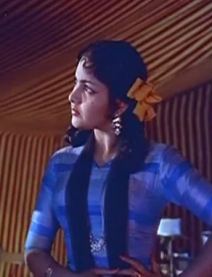 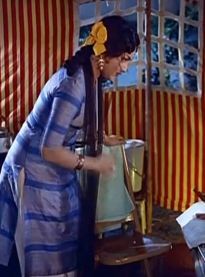 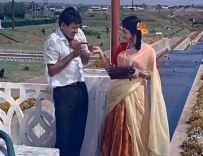 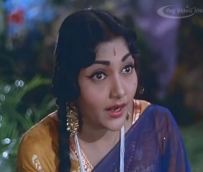 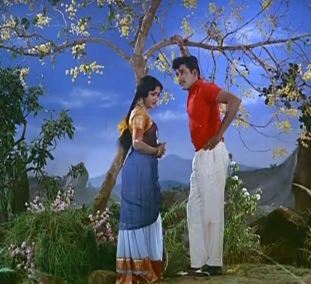 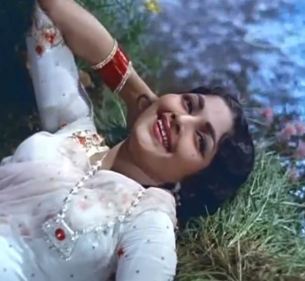 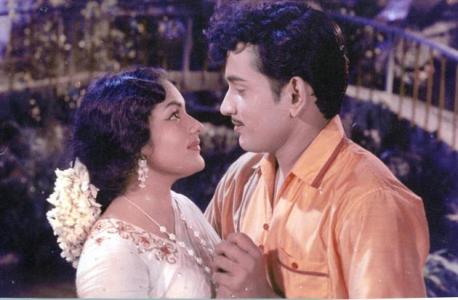 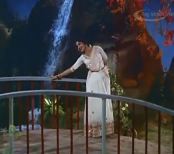 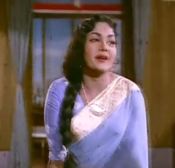 A bit more of the sisters together. 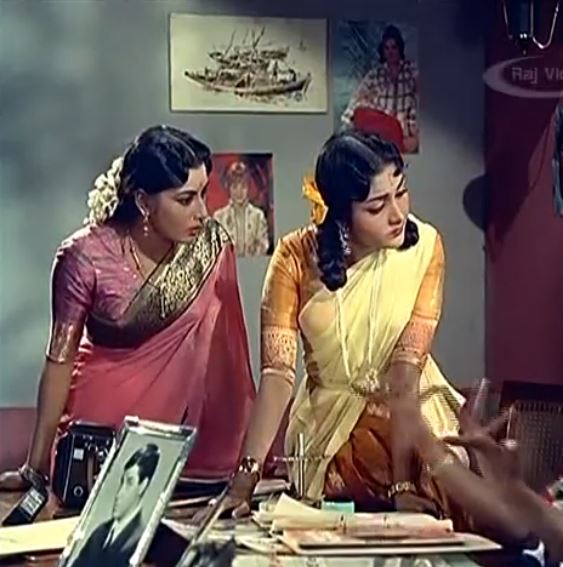 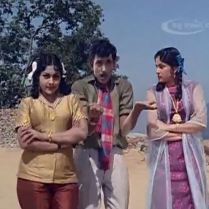 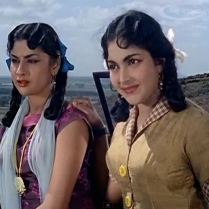 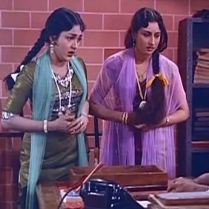 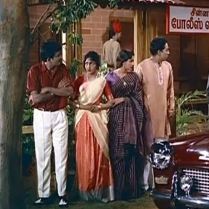 A smaller role includes an aspiring actress in modest circumstances (played by Sachu). Bar a dress for an audition, it’s all quite traditional South India. 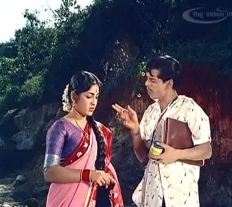 This movie is like a catalogue of 1960s half-sarees.

And the 1960s wedding picture. 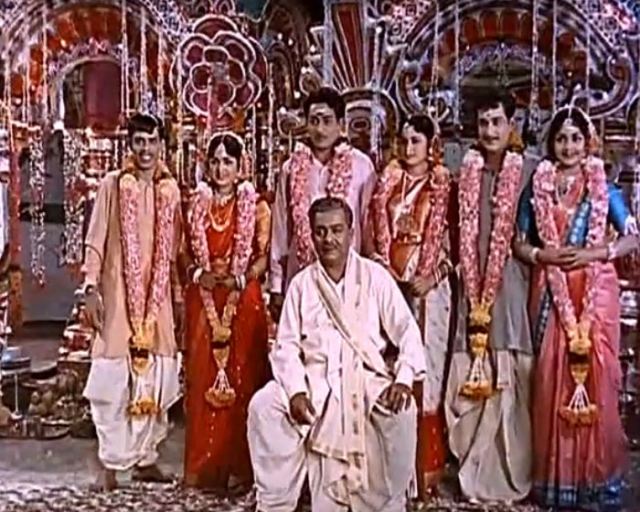 So if you want to do a 1960s Tamil cinema fashion homage or just recreate a whole bunch of 1960s half-sarees look further than Kadhalikka Neramillai. And if you want a later film, there is always Adhey Kangal.