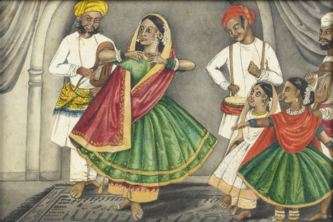 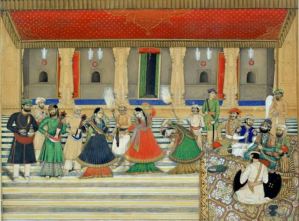 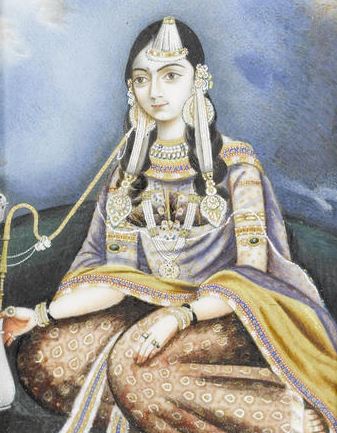 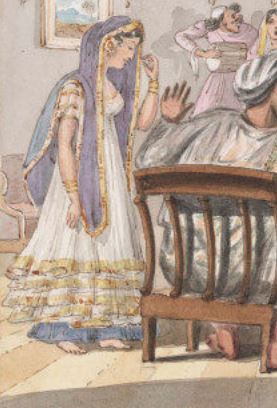 The paintings are all of nautch girls so it’s a little difficult to say whether the same fashion was followed by other women.  However at least one of the links is to the costume of the Queen of Oudh so it seems like it was the prevailing style.