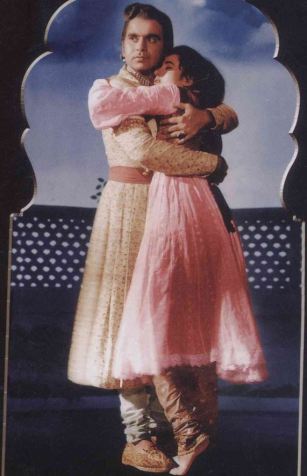 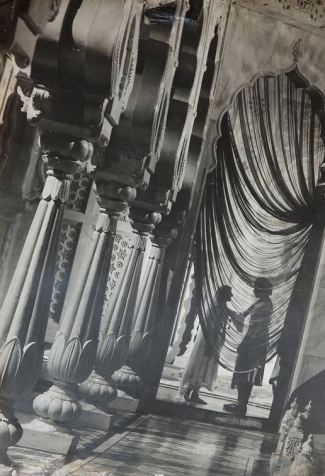 Though the Mughal-e-Azam characters have become a part of Indian cinema folklore, the film was anything but historically accurate in the matter of textual details, costumes, sets and music.  For instance, thumri, a 19th century musical form, is used along with kathak costumes in a court supposedly in late 16th century India. Even the Sheesh Mahal (the royal bath of the actual queen) is enlarged into the dancing hall of the Mughal emperor, Akbar.  Anarkali could have been one of the numerous dancing girls of the Mughal harem; whether the Mughal prince Salim fought his father over his beloved is not documented in history. [X]

Mughal governance, customs and norms is perhaps one of the more extensively documented periods in Indian history [X, X, X, X]. A number of books refer to clothing with reference to paintings e.g.  this encyclopaedia.  The Mughals brought with them existing central Asian styles but the full flowering of the style included a number of local elements (by the 1700s some of this was making it’s way back to West Asia).

As always the cinema has played a role. Mughal historical romances have always been popular right up to Jodha Akbar but the big daddy of them all remains Mughal-e-Azam. The influence is not restricted to clothing but also includes interiors and sets. While not entirely authentic, they remain reference points for modern fashions that trade on Mughal style. Now where’s my Nigar cap🙂