Part of a series on costumes as seen in Indian art.

Weaving had a special significance for Bendre, who taught it together with painting and papier mache while in Baroda in the 1950’s. He painted several works over the years that depict women engaged in different methods of weaving; from sitting at a loom or behind a spinning wheel. This painting from 1987 shows a young girl sitting at a loom that is typical of the weavers in Arunachal Pradesh. [X].

Note: So is the costume, especially the shawl. 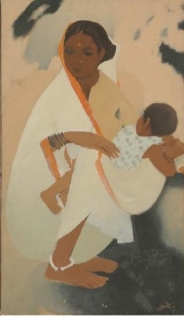 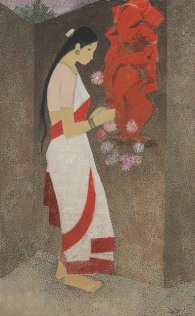 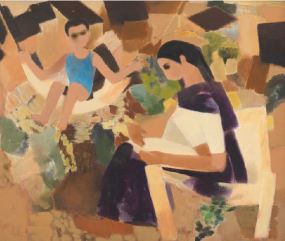