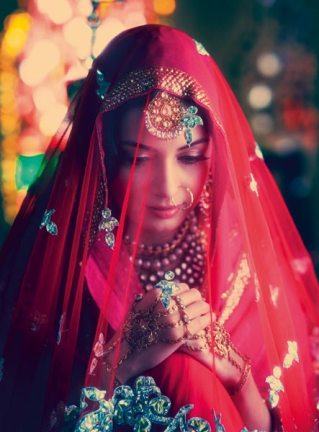 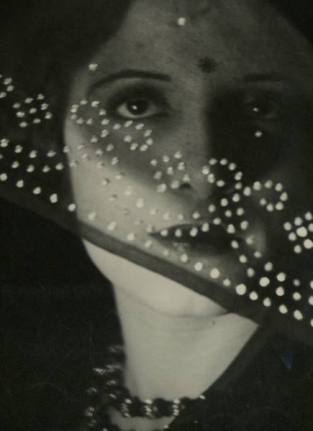 Veiling is mentioned in Ancient Indian texts by any of the above names, a primary source being Kalidas who mentions the avagunthana in several places.  However, the practice does not appear to be intended for segregation, at several points in the texts women discard or lift a veil in public. The upper part of the sari itself could be used for veiling and sometimes it was used perhaps as a fashion piece or arranged over a hairstyle. Or, as is also the case in modern India, it was a part of bridal costume. More often than not it was a translucent piece of cloth.

Most historians hold that compulsory veiling arrived with Islamic rule in India but state that there is not always an exact correlation with region and population. In general purdah or ghoonghat was observed in the North and the practice fell away in other regions of India.

In the pics: Shakuntala in the court of Dushyanta (ACK); Dia Mirza; from the Life magazine photo archive; Ranjeeta in Laila Majnu.