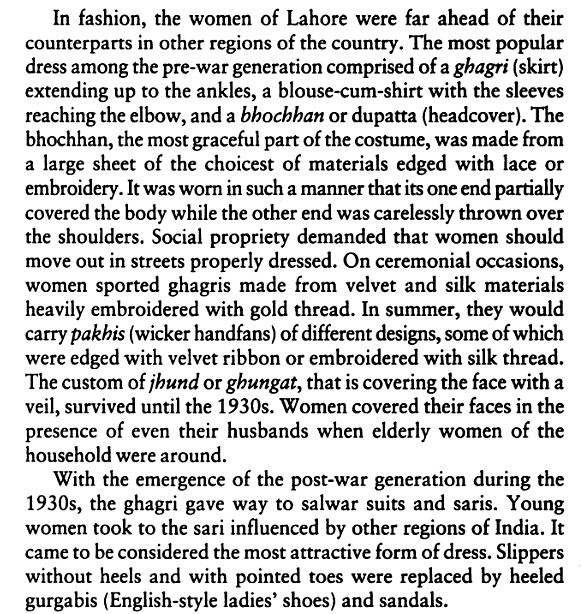 Though Rashid Jahan and Attia Hosain were from Uttar Pradesh, as Pran Nevile’sbook on life in pre-partition Lahore indicates, the upper classes in the North of India (given this was the 1930s I guess Nevile is referring to Lahoris as a whole irrespective of their religious beliefs though of course the influence of Islamic dress in the North was widespread) were also in the process of adopting influences from elsewhere that combined tradition with ideas of nationalism and the emergence of women into a public space.