Ashar has come, filling the southern sky with
A cloud, frolicksome as an elephant
About to charge, he seems to lower his tusks. (translation of lines from the Meghadoot from here).

The month of Ashadh is the first month of the rainy season and is followed by Shravan. This year it runs from 5 July to 2 August.

Ashadh ka ek din is a 1958 play by Mohan Rakesh. Given the title it is obvious the pivotal events of the play occur during the month. 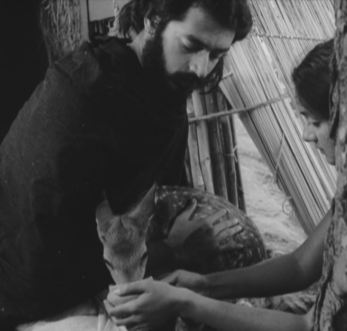 Before we jump into the costume, my favourite bit of the movie with Kalidasa and Mallika sheltering a pursued deer. It feels like a sweet nod to Shakuntala. Plus I am a sucker for cute animals:)

I often refer to Roshen Alkazi‘s books on Indian costume.  These books were written in part as background research for theatre productions. While she didn’t costume the 1971 movie based on the play – Lalitha Kaul did – it does share some elements in common with Alkazi productions of the 1970s. That is there is historical basis for the costumes but they are also stylized for the theatre…and of course often more modest than historical art or literature suggests.

Ashadh ka ek din is set in the times of Kalidasa, so you are roughly looking at the time of the Gupta empire.  The film is also influenced by the Ajanta frescoes (indeed what work set in the era isn’t?).  And additional element is the hill setting of the film. 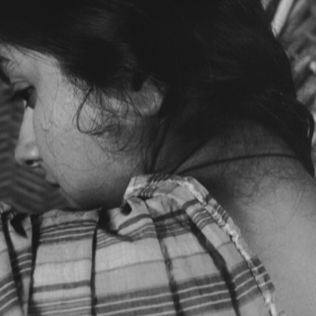 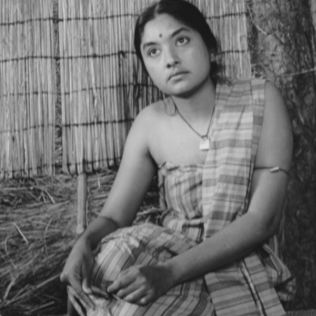 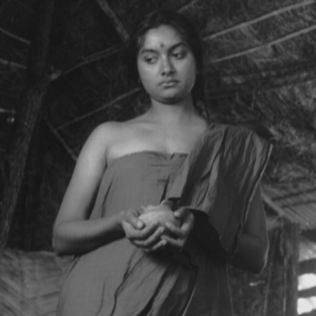 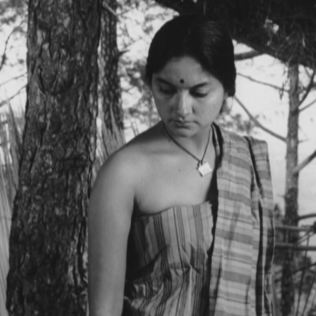 The principal character, Mallika (Rekha Sabnis), is a village girl. In the initial scenes (e.g. with the deer) she is a young girl, in the later scenes a young woman. Throughout the film has her in simple handlooms, either plain or striped. The sari is a simple wrap, unless I am missing something it is kind of devised for the film since it doesn’t exactly follow the antariya-uttariya pattern though there is an example of a wrap that starts from the underarm in the frescoes (see below).

There is very little jewellery save the thread necklace and an arm band, both of which probably have a silver pendant or amulet. The hair is tied in a single braid (ekaveni). 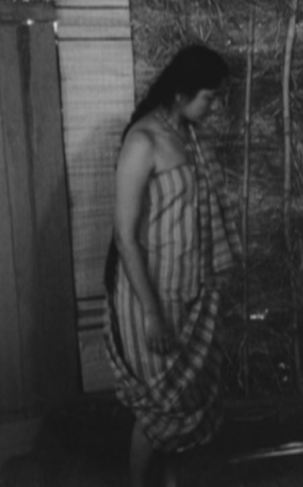 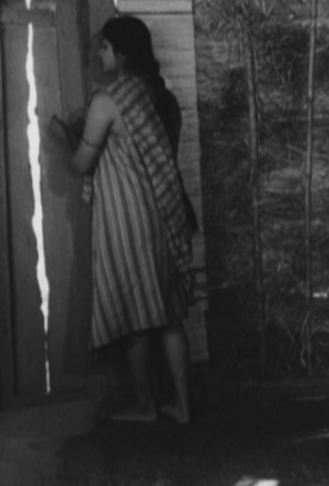 The second female character in the film is the princess Priyangumanjari. 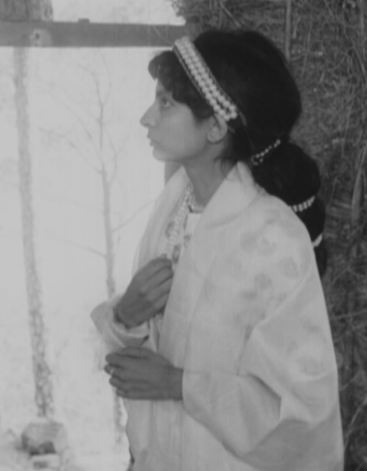 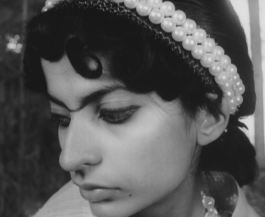 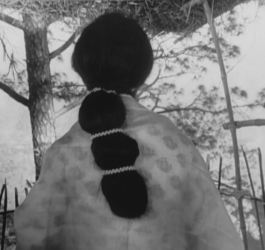 Priyangumanjari’s costumes appear to be based on the Ajanta frescoes (see especially the fresco below of 3 women). The costume uses some of the elements from frescoes as well as literature – the diaphanous uttariya, pearls as hair ornaments, the coiffure with curls. Though wearing an upper garment wasn’t essential, the film uses a block print top – perhaps akin to the flowered muslins described as being worn in cities.

The unibrow struck me as a little unusual (it somehow seems like  a post Qajar influence in India) but it does appear to date to an earlier period in Persia. You can see a few examples at Ajanta.

For the antariya, there are a few simple wraps seen in the Ajanta frescoes and often these are striped. Priyangumanjari’s is a tad more voluminous but it is striped and held in place by a girdle. 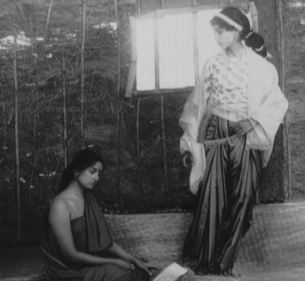 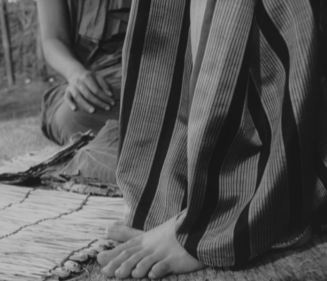 For comparison two Ajanta paintings. The second is taken from here. 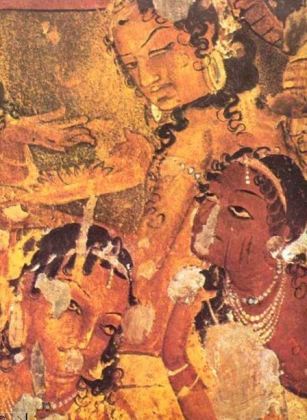 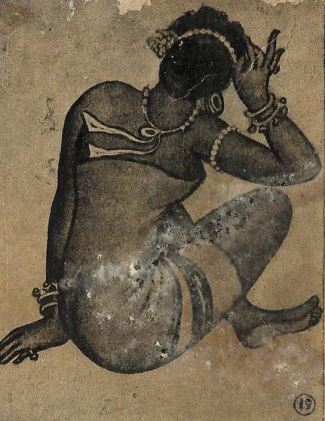 Kalidasa (Arun Khopkar) appears first as the village lad with great talent and later in the film he returns from Ujjain after hitting the big time but disillusioned. In the first half the costume for most of the village men, including Kalidasa, is a shawl and dhoti. 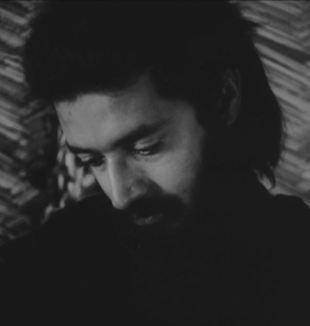 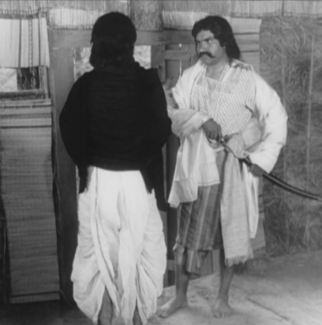 When Kalidas returns his attire is a little different, he wears a tunic and like with Priyangumajari the antariya is a  bit voluminous and striped. It isn’t entirely clear to me if this sartorial choice is due to Ujjain (since some of the other city characters wear different clothes) or a result of his returning after a period of wandering. On the other hand I might take it as Gupta Age hipster chic:) 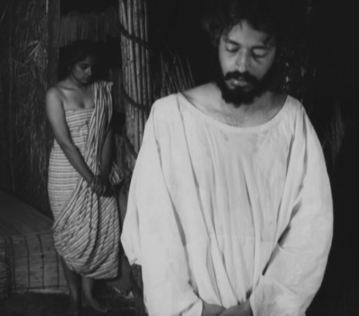 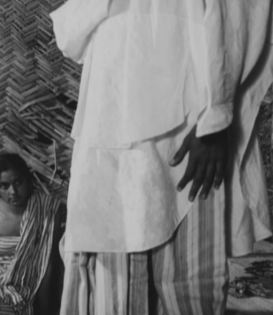 Below costumes of characters from Ujjain, a hunter and the men who accompany Priyangumanjari. It has a few of the elements of costume adopted by the Mughals including a tunic, antariya and kayabandh. There is also a distinction between the finer cloth of the city and the coarser version of the village. The full costume of the hunter can be seen above (with a sword in his kayabandh) where he is shown with Kalidasa. 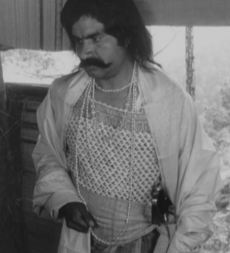 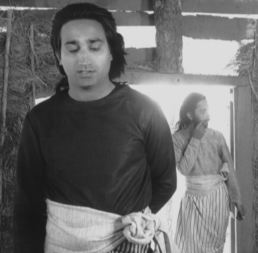 Among the other male characters in the village is Vilom (Om Shivpuri), Kalidasa’s antagonist and Nikshep. The former is older and his costume is almost threadbare. Nikshep is younger and though the costume is similar in including a shawl and dhoti it is worn more elegantly and is richer in its few details. 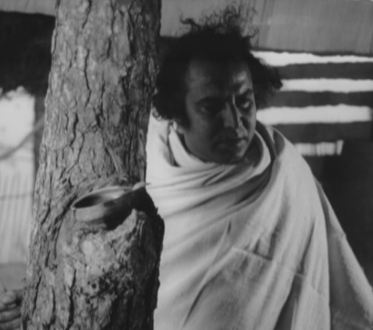 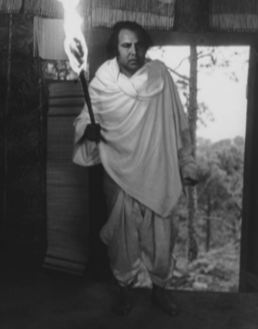 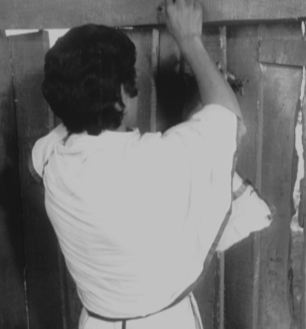 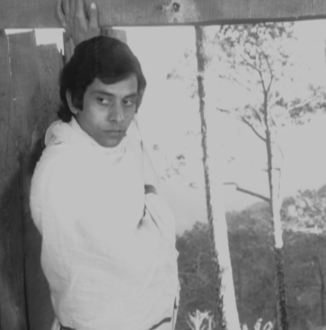 Ambika is Mallika’s mother and seen in a simple wrap sari, worn much like Mallika’s. 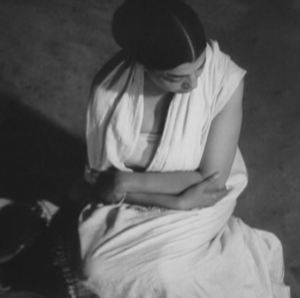 I am not sure which part is played by  which actor but the cast credits include Anuradha Kapur, Uma Sahay, Pinchoo Kapoor, Hemant Bose, Surendra Dheer, Sharma and Vishnu Mathur. 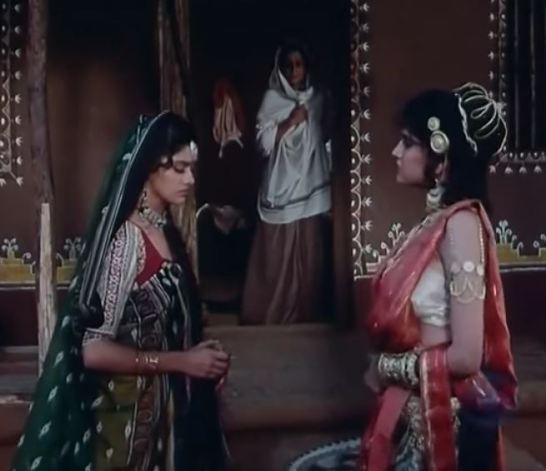 For a shorter version in the 80s see this episode of Bharat ek Khoj. The costume for Mallika is the ghaghra-choli of Western India and there are a  few changes for the characters from Ujjain too including Priyangumanjari. For the latter, the inspiration seems to be sculpture with the elaborate hairdos, breast band etc.