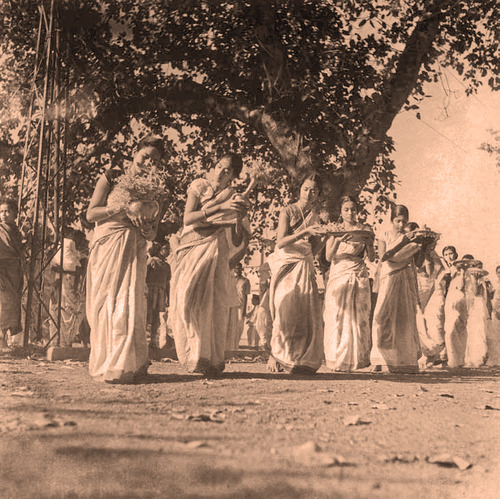 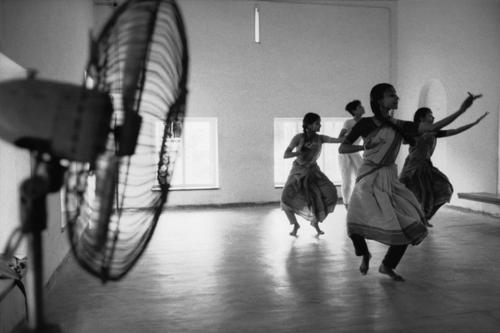 Two of early 20th century art/dance schools in India, Santiniketan/Viswa Bharati and Kalakshetra were not just involved with a revival of Indian dance and art traditions but were also responsible for a new kind of aesthetic.  Khadi, so intregal to the freedom movement, was homespun cloth worn by India’s poor – a symbol of spartan simplicity and an eschewing of luxury. The art schools on the other hand were involved with the revival or reinterpretation of textile traditions, even as they discarded western dress and goods and embraced swadeshi. Both schools were responsible for certain sari styles. Kalakshetra lent its name to saris that were based on existing textile traditions in South India though some of the patterns were new.  On the other hand batik (possibly introduced in India due to the South East Asian influence) and kaantha (a type of stitch that had hinterto been used to make quilts) saris were popularised by Santiniketan.

More details at tumblr for Santiniketan and Kalakshetra.