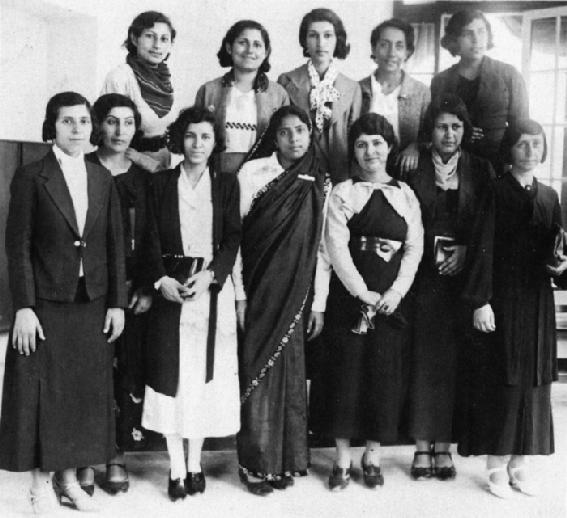 I did a couple of posts on tumblr on minorities in India, including the Jews and Armenians.

The woman in the sari – per this Chehabi paper, Seraj-al-Nesa Begum was one of the first three women to enroll at the Teacher Training College in 1935. It appears the British Consulate interjected with the authorities on her behalf and eventually the authorities allowed foreign women to retain a head covering as long as they wore their national costume (Iran was at this point in the throes of Westernisation and a banning of the veil was part of this).

The shirt-blouse is a tad too modest for the mid 1930s but the explanation behind the photograph and the fact that this is a student’s dress explains it.