I had done this set of posts starting on Buddha Purnima on tumblr but it’s taken me till now to collate it on WP.  In some ways posts are more coherent on WP so despite the delay here it is.  As always it is not definitive but looks at parts of the Buddha’s life via various genres of painting. As for the costumes expect a heavy reliance on Ajanta art.

The flowers of the flame trees, Which resemble parrots’ beaks, Make the ground resplendent, Like a congregation of monks Prostrate in worship at the feet Of the Buddha. [X]

For 4 May (Buddha Purnima).   Pic: Monks in Singapore.

Painting at Bellanwila Rajamaha Vihara in Sri Lanka by Somabandu Vidyapathy (the murals were painted between 1990 and 1998). Buddhist temples usually have murals depicting the stages of the life of Buddha – I think this represents the marriage of Siddhartha and Yashodhara. A number of modern murals depicting Buddhist life draw on the costumes seen in Ajanta. 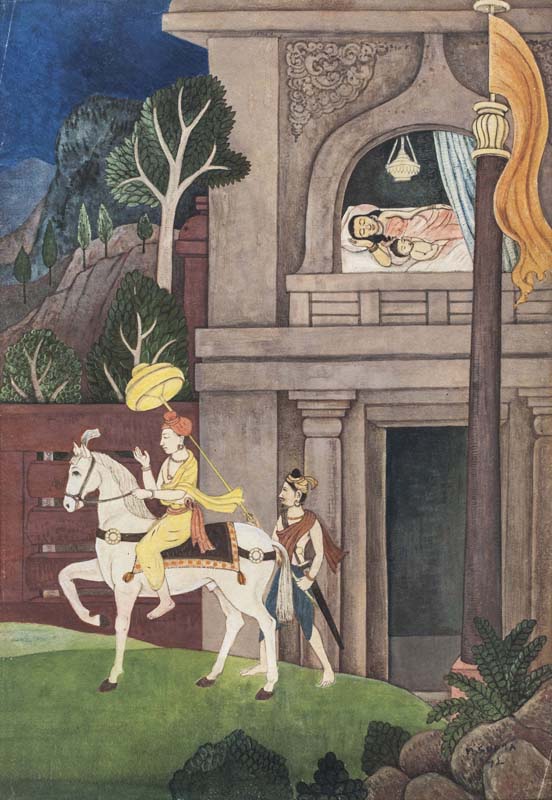 The Great Departure of Buddha, Tempera on Paper, 1942 ( Manindra-Bhushan Gupta). This painting is evocative of miniature paintings with its detailed landscape and the pavilion with the sleeping Yashodhara and Rahul. The costumes are similar to depictions of Mauryan costumes. 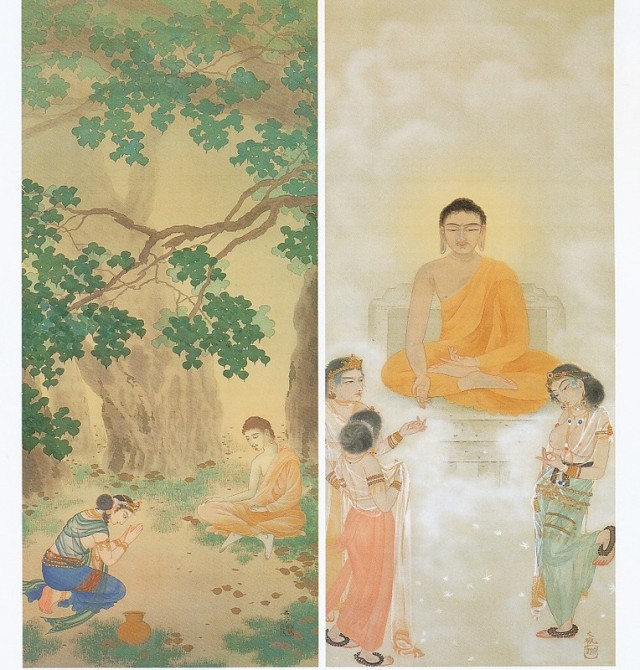 Yokoyama Taikan works depicting I think Sujata and the temptations of Mara. Again the costumes of the women have a lot of Ajanta/Ajanta as interpreted in the early 20th century influences.  I love the delicacy of this – Taikan visited India at one point and his influence is seen in early Bengal watercolours with a “wash technique”. 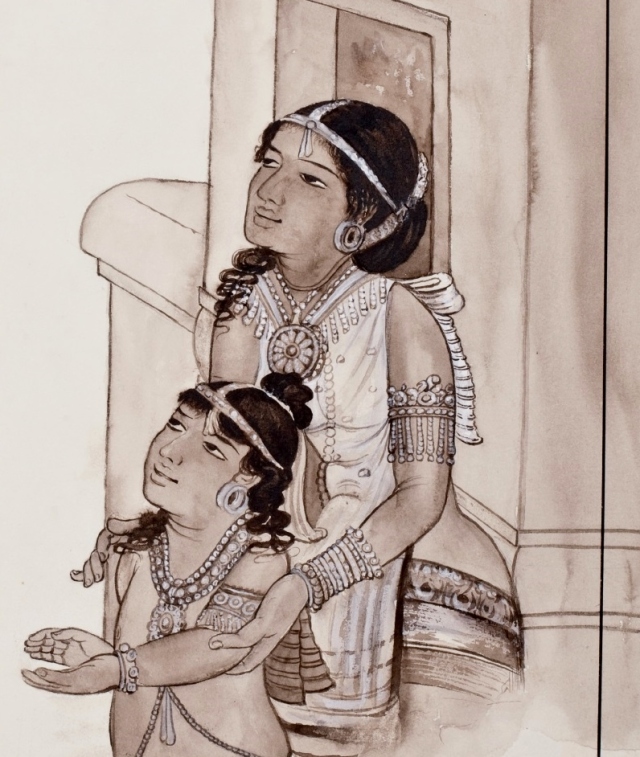 Yashodhara and Rahul meet the Buddha, circa 1880.  This is probably from a set made by students at the Bombay School of Art who made a number of copies of the Ajanta cave paintings between 1872 and 1885 when J. Griffiths was the Principal. The costumes therefore directly reference Ajanta art.

[Mara:] That place the sages gain is hard to reach A mere woman can’t get there.

[Soma:] What harm is it to be a woman when the mind is concentrated and the insight is clear. [X]